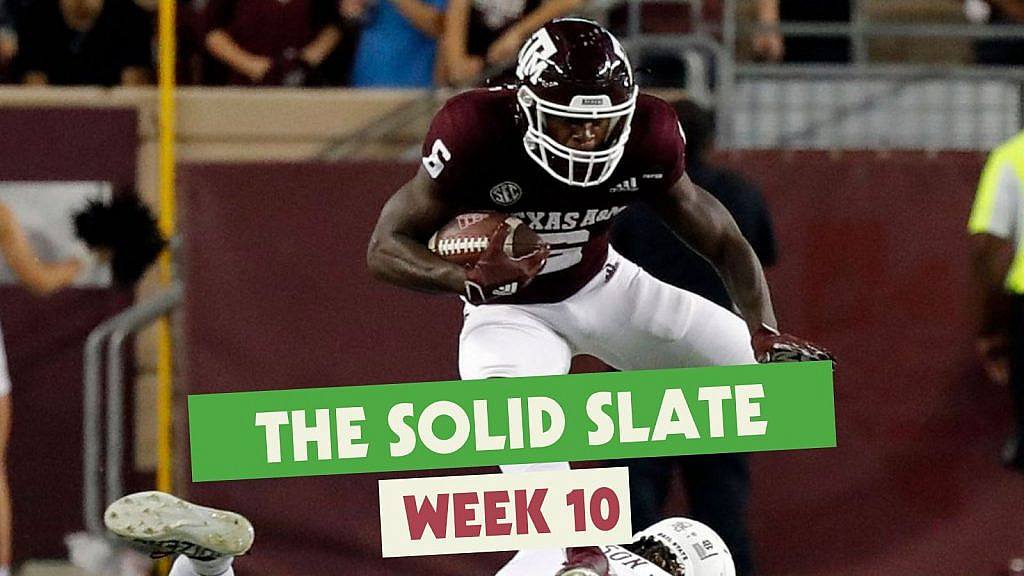 This week, I’m taking a plane trip, and I’m already a touch nervous. See, I find turbulence unsettling and annoying. The bumpiness is unpleasant and reminds me I’m not in control. Sometimes it feels like the metal tube with wings I’m in is ready to plummet unheeded to Earth. It’s not a great way to spend several hours.

Slowly but surely, I’ve gotten better at handling my anxiety, downgraded my prior panic attacks to a low continuous inner nervous hum. That’s because I figured something out. If my fears are really just anticipating an annoyance, well, I can do three things. I can stay afraid, change nothing, and grit my teeth through the bumps. Or I can remove the annoyance and just never travel on airplanes. Or I can let my anticipation go. I can say: “Turbulence will probably happen. And I’ll be fine. If it happens, I choose to notice it and then move on.”

When the bumpiness comes, it’s all about how you choose to react – in life, and in the travails of a college football season.

Lots of teams are going through turbulent times. Some will face it and ride it out. Others will collapse like a house of cards in a hurricane. But one thing’s for sure: sooner or later, everyone feels the bumps.

Let me smooth out your viewing experience, though. Below are the best games to watch this weekend, conveniently broken down by timeslot. Have fun.

Tough choice here, but it’s the early block, unless you care about the ACC championship race. There’s an exciting game here featuring a TON OF OFFENSE, but you can catch up via highlights later. I’d recommend a big ol’ lunch. Grab some sourdough, cold cuts, and kettle chips and fashion a feast for the whole family. Or just you. That’s cool, too.

Wake Forest @ North Carolina (12p/11a, ABC) is a pretty even matchup on paper. These are two squads with highly skilled offensive units that can pass a touch better than they can run, and lackluster defenses that really can’t do anything well. (Except the Deacs hold teams under 24 points on average. That’s decent.) And that’s probably why the line ever-so-slightly favors the Tar Heels. The game’s in Chapel Hill, and up-and-down UNC is due for a win. (Not joking, they’ve gone W/L/W/L/W/L over the past six games.) But the Demon Deacons have Playoff stars in their eyes and know they’re just a smidge away from glory.

Liberty @ Ole Miss (12p/11a, SECN) should be another blitz of offensive firepower. You’ve got the Rebs, with a banged up Matt Corral trying to gut his way to a Heisman invite. Then there’s the Flames’ Malik Willis, who no one seems to consider when talking about that iconic bronze trophy. (At least I think it’s bronze.) Sure, he’s been a touch less electric than last year, but that’s a pretty high bar. On defense, neither team looks amazing but Liberty’s stats are a touch better. And Flames coach Hugh Freeze wants blood. He’d love to embarrass his replacement on his former home field. Expect points.

Listen to our Week 10 Preview

Auburn @ Texas A&M (3:30p/2:30p, CBS) just screams fun. Deep in the heart of Texas, Bo Nix leads the Tigers into an evenly-matched showdown with the Aggies. The stats can be deceiving here. A&M laid some real offensive stinkers early in the year, but now Zach Calzada has them humming. And though Auburn’s defensive stats look mediocre, I’ll remind you that they just held the prolific Ole Miss offensive attack to 20 points. These teams are dead even in the rankings and both still have a chance for a late-season run to a New Year’s Six bowl, or even (if they get lucky) a conference title.

Michigan State @ Purdue (3:30p/2:30p, ABC) allows me to spotlight the sudden rise of one Kenneth Walker III. Sparty’s got momentum coming off of their victory over the rival Wolverines. They just can’t get tripped up, which is why I recommend you watch this one. There’s immense letdown potential for MSU. The situation stinks of it. Purdue is quietly 5-3, and really good at holding onto the ball, throwing short passes, and limiting teams on defense. And need I remind you this one’s in West Lafayette?

LSU @ Alabama (7p/6p, ESPN) has a touch less shine than usual. But it’s not Bama’s fault. The Tide had their weird “gas leak” game against the Aggies then beat the paint off of Mississippi State and Tennessee. It honestly baffles me that pundits kind of hand-wave Alabama now. They lose one game and y’all just think they’re done? LOL, no. Sure, they might not have a stellar running attack and the secondary might be a big concern, but that’s not going to give them a problem here. The Tigahs have a lame duck head coach, an offense built entirely off of the pass, and a defense so leaky that sieves are jealous. LSU will have to play the game of its life to make this one mildly interesting.

Texas @ Iowa State (7:30p/6:30p, FS1) gets this slot just for the memes. The Longhorns continued their slide toward their usual end-of-the-season slot of That One Team That Just Couldn’t Put It Together last week against Baylor, and as usual, the “Texas is back” mocking began. I kind of felt sad. At this point, reality has demoralized the Horns to the point of no return. Or has it? I mean, the Clones boast a stout D (well, ignoring last week) and a serviceable offense, and this game is in the murder cornfield that is Jack Trice Stadium. But perhaps the Horns can pull themselves out of the muck? They didn’t look bad at all last week (take it from someone who was there).

USC @ Arizona State (10:30p/9:30p, ESPN) is classic #Pac12AfterDark slop. The Trojans have done the usual thing and disappointed everyone while slowly sliding toward mediocrity. They have a chance to kick the Sun Devils while they’re down, though. ASU’s lost two straight, the last one in backbreaking, foot-shooting fashion to Wazzu. The key is Trojan ball-carrier Keaontay Ingram, especially with WR Drake London out. USC needs to rely on him. He showed up big against Notre Dame and Arizona, and Arizona State isn’t magnificent at run defense.

There ya go! Feel free to follow me on Twitter for live tweets and hot takes, and as always, happy watching!