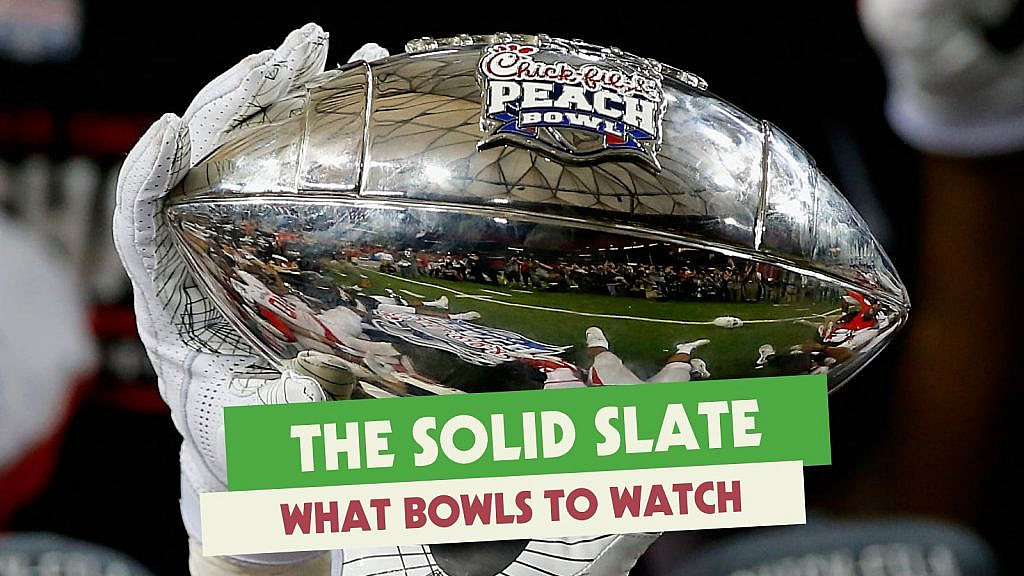 Yo, yo, and hello college football fans. Hope you had a marvelous Christmas/Hannukah/Diwali/Kwanzaa/Winter Solstice!

Normally I start things off here with some meditative intro about the week’s games or life in general, but we’ve got a schedule to keep, and a ton of games to preview, so we’re gonna get right into it!

Pitt @ Michigan State (Thu 12/30, 7p/6p, ESPN) should still be fun even if there’s a bunch of notable opt-outs like the Panthers’ gunslinger Kenny Pickett and zoomy Spartan Kenneth Walker III. Pitt still has a formidable offense, and MSU absolutely sucks at pass defense, so that definitely favors the Panthers. But Sparty’s played a full Big Ten schedule and overachieved all year long. Nobody really has the homefield advantage in down-South Georgia, which could make things unpredictable.

Cincinnati @ Alabama (Fri 12/31, 3:30p/2:30p, ESPN) finally gives us an answer to the age old question: “What would happen if a really, really good Group of 5 team wanted Bama, and then got Bama?” The Bearcats come in at full strength. Notably, they match up pretty well on defense with the Tide stats-wise. Especially defending the pass. Bryce Young better not throw any picks or this could get close. But this is Alabama, and they’re playing in AT&T Stadium, where they’ve had a lot of success.

Georgia @ Michigan (Fri 12/31, 7:30p/6:30p, ESPN) matches up two really excellent teams who are hungry for a title shot. The Bulldogs’ strength all year has been their nigh-impenetrable defense, but don’t sell the Wolverines short. They’re bruising on that side of the ball too. This feels like a game where the team that conquers the trenches wins. A game of will imposition, if you will. No one’s sitting out. Everyone’s raring to go.

Penn State @ Arkansas (Sat 1/1, 12p/11a, ESPN2) is intriguing. The Razorbacks have impressed this year, especially on the ground. But the Hogs’ top receiving threat, Treylon Burks, so someone needs to pick up the slack. The Nits will have their own issues with opt-outs, as Jahan Dotson will focus on his own draft preparation, as well as a number of other key contributors on defense. There are just too many variables here to predict things, which means this could be… fun?

Iowa @ Kentucky (Sat 1/1, 1p/12p, ABC) is a bowl I almost didn’t recommend because no one likes watching the Hawkeyes this year. They are almost entirely built on the strength of their defense. They have zero offensive acumen and will be without Tyler Goodson, their main offensive weapon. The Wildcats do, though, and aren’t a slouch when it comes to stopping the run. They’ll make Iowa try to pass, and oh boy, that could be a disaster.

Oklahoma State @ Notre Dame (Sat 1/1, 1p/12p, ESPN) should be oodles of awesome. The Big 12 runner-up and a formidable Irish squad that wants to prove themselves to both their new coach and that stubborn Playoff Committee? Sign me up. Kyren Williams is opting out, so that means extra emphasis on Jack Coan for Notre Dame, and nearly no one’s been able to solve the Cowboy defense. That matchup alone makes this mandatory viewing, but then there’s the question of whether the Cowboys are demoralized after a loss to Baylor or whether they’re filled with down-home salty rage and looking to show off.

Utah @ Ohio State (Sat 1/1, 5p/4p, ESPN) is most intriguing because of who’s not playing. Garrett Wilson, Chris Olave, and Haskell Garrett are all sitting out, which hobbles the Buckeyes a bit in a situation where they’re smarting after a loss to rival Michigan. Cam Rising will be ready to take advantage. The Utes can pull off a program-defining win here, but they should remember that a wounded animal is dangerous.

Baylor @ Ole Miss (Sat 1/1, 8:45p/7:45p, ESPN) glows on paper. The Bears lost Blake Shapen to a shoulder injury he’s still rehabbing, so starter Gerry Bohanon returns in a big spot. Baylor’s carrying a lot of expectations, coming off of an unexpectedly fruitful championship season. They’ve got their reliable violent offense, but they don’t do well defending against the big play, which is Matt Corral’s specialty. The Rebs have more oomph on defense this year, but I’m still expecting lots of ponits,

LSU @ Kansas State (Tue 1/4, 9p/8p, ESPN) is a decent capper for bowl season before the championship game on January 10th. (I’ll preview that next week, don’t you worry.) The Tigers and the Wildcats are evenly matched on the stat sheet for the most part, except for KSU’s tendency to run and LSU’s tendency to pass. No idea what happens here, but even matchups make for good games.