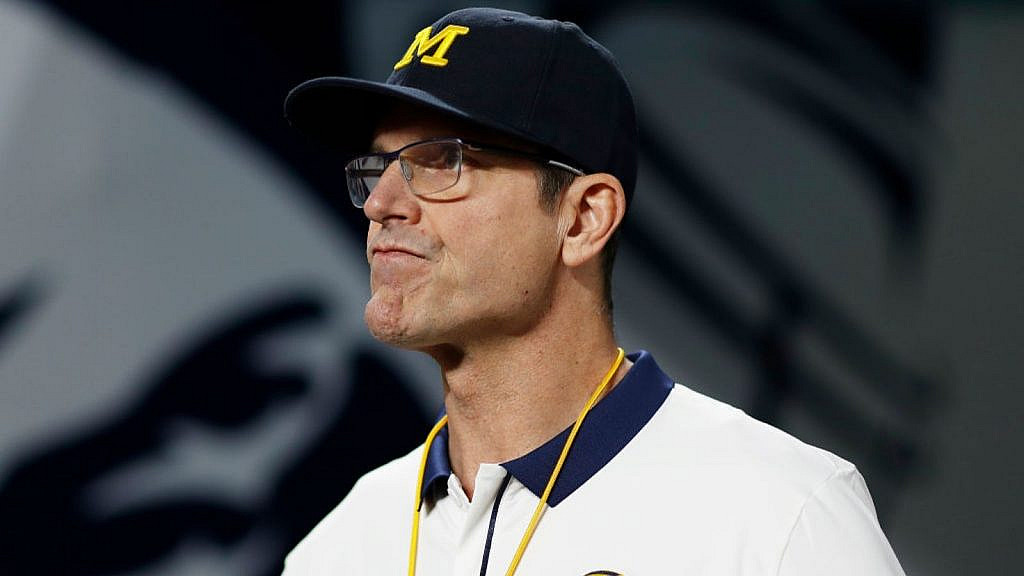 After the glorious fever dream that was the 2021 college football season, every major program is looking to ascend like the Georgia Bulldogs. Here’s what the nation’s top 10 teams must do this offseason to delude its fans into believing it will be next year’s breakthrough champion.

Construct a large barricade around the Transfer Portal

Lincoln Riley took everything that wasn’t nailed down with him to USC, like a hotel guest collecting tiny soaps for sport. To make matters worse, both Caleb Williams and Mario Williams look to be headed out west as well. At this rate, Brent Venables will end up transferring back to Clemson.

The school’s intramural flag football tournament should feature plenty of young men who are great at getting in the general vicinity of passes and aimlessly swatting at them. They could have been Division I receivers if not for that one hyper specific injury, you know.

Next season, the Irish will be handing off defensive play calling duties to a 13-year-old chess prodigy from a recently dissolved Soviet state. His only weakness is that he can’t be up in the booth very long before his Accutane prescription gives him an absolutely brutal nosebleed.

Really read the instruction manual that came with Spencer Sanders

It’s great that Chris Olave and Garrett Wilson tore up the league this year, and even better that they never questioned where they came from or why they couldn’t remember anything before arriving on campus. Unfortunately, that still couldn’t net a Playoff berth. Time to politely insist that Jaxon Smith-Njigba spit in this vial. It’s for an NIL thing, we swear.

Lower expectations so you’re never not the underdog

This summer, I want Dave Aranda coaching speculation, bogus injury reports, the whole nine yards. The tricky part will be convincing people that anyone else in the Big 12 can actually get their act together.

Polish all your prestigious trophies

Despite the final score against Alabama, Cincinnati absolutely belonged in the Playoff. The Bearcats deserve a relaxing summer break to admire their various AAC Championship trophies, right next to their incredibly shiny ‘09 Orange Bowl, ‘10 Sugar Bowl, ‘21 Peach Bowl and ‘22 Cotton Bowl participation ribbons.

Jim Harbaugh only beat Ohio State and reached the Playoff after taking a $4 million pay cut. Therefore, his 2022 base salary will contain a $25 Dave and Buster’s gift card, three gently chewed Tootsie rolls, and a clumsily executed handshake-hug from Desmond Howard.

Look, we’ll all be equally sad to see it gone, but sometimes you just have to admit when you’ve hit rock bottom and call it a day. I know the NFL is the dream, but I’m sure Bryce Young and Will Anderson will go on to have illustrious careers in pediatric orthodontia.

Construct a statue of Stetson Bennett IV outside Sanford Stadium

Don’t kid yourself. We all knew Bennett would inevitably become the face of the university. If nothing else, this monument will one day trigger fond memories as you take your kids on a tour of your alma mater, the newly renamed University of Stetson Bennett–Athens.

How to Watch the College Football Championship Game