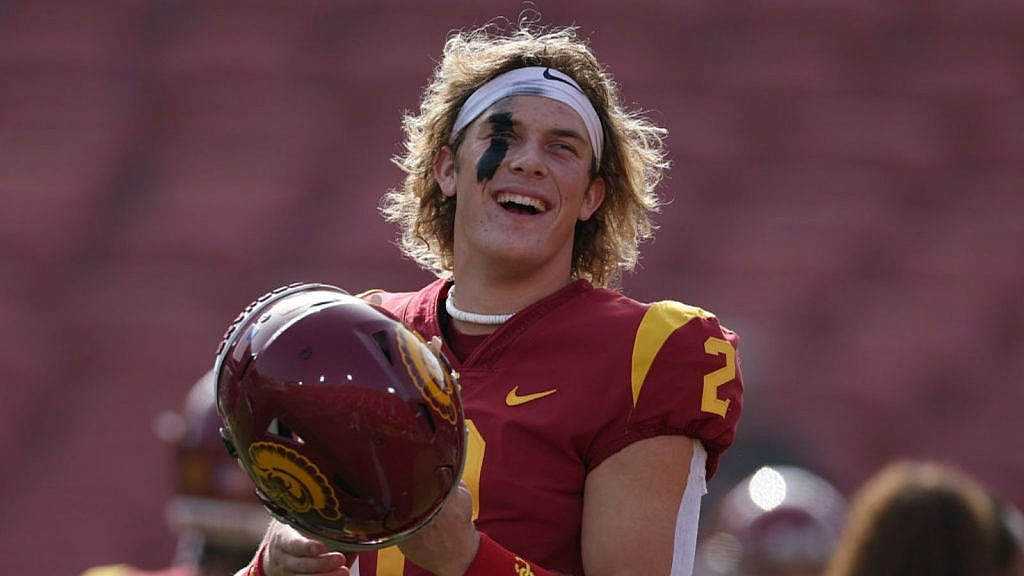 Every college football season, there are teams that exceed, and others that fall well short of preseason expectations. Some are far more surprising than others. In this crazy season of ups and downs, full of top ten teams falling left and right, there were plenty of surprises. But which squads surprised us the most, and where are those programs headed in the near future? Let’s dive in.

It took 40+ years, but Georgia finally won another National Championship. They dominated the entire country, lost the SEC Championship game, but then bounced back late against Alabama to win the whole damn thing. Congrats Bulldogs fans! How did they do it? Recruiting. For the first time in Nick Saban’s tenure, another team had more five stars on their roster than Alabama. Georgia brought in 23 five stars in the preceding four seasons as compared to Alabama’s 18. This isn’t the end of Alabama’s dynasty, but given how Georgia’s been recruiting, this could mark the beginning of a separate dynasty in Athens.

Bravo Cincinnati! You broke the proverbial Group of Five glass ceiling and made it to the College Football Playoff. It took the perfect storm of the school’s best fourth-year starting quarterback ever, an elite cornerback duo (one of which never allowed a touchdown), and the best edge rusher in school history to make this season happen. This season will likely be the best we ever see out of the Bearcats unless they continue to improve on their recruiting as they move to Big 12.

When the year began, Jim Harbaugh was fresh off taking a pay cut to keep his job. It ended with the Wolverines winning the Big Ten and earning a playoff berth for the first time in program history! Why were expectations so low? Michigan managed a measly two wins on the shortened 2020 Big Ten schedule last fall. But! All the evidence in the world pointed towards a bounce back. They were bringing back elite edge rushers, secondary members, and excellent speed on offense. Their recruiting has consistently been ranked second in the conference. After a year like this, they might continue pushing Ohio State every year.

No Power Five team in the entire country exceeded their expected win total by a wider margin than Baylor. Dave Aranda fired his offensive coordinator, completely revamped his approach, and changed the trajectory of the Bears. They’ll have to replace almost all of their rushing production and the quarterback of their defense next year, but Baylor could start consistently competing for the Big 12 after this year’s conference championship.

Michigan State beat their expected season win total by Week 6, and just kept on going. In Mel Tucker’s first season as the head coach, he brought in and committed to one of the best transfer players in the nation, Kenneth Walker III. Walker racked up over 1700 yards from scrimmage and was the reason the Spartans offense kept humming. If Sparty wants to continue winning, they’ll have to figure out how to replicate their home run offense from this past season after losing Walker and Jalen Nailor (their explosive WR2), and improve on their recordbreaking, horrible pass defense.

In the College Football Playoff Era, just barely missing the cut seems disappointing. But the truth is, as Mike Gundy already stated, Oklahoma State just put together the best season in program history. Twelve wins, an incredible comeback Fiesta Bowl win over Notre Dame, a top five defense, and several players who will get drafted this spring. Oklahoma State might have just positioned themselves to become the top team in the new Big 12 (after Oklahoma and Texas leave).

Wake Forest has been the third worst recruiting team in the College Football Playoff Era. They have brought in just two four stars in the last ten recruiting classes. But that hasn’t stopped them from consistently exceeding expectations and putting together a fun offense every single year. 2021 was just something else entirely. Wake Forest averaged over 40 points scored per game, leaning hard into long-time veteran quarterback Sam Hartman with Jaquarii Roberson and A.T. Perry making splash play after splash play through the air. The Deacons will be losing several players next season, so it wouldn’t hurt if they started bringing in some guys above the minimum threshold to be considered FBS talent for once.

Pittsburgh’s success has typically stemmed from defensive dominance in the trenches. However, this year it was all about Kenny Pickett’s ascension to a top tier NFL Draft prospect. Pickett tossed 42 touchdowns, 17 of which went to Biletnikoff Award Winner Jordan Addison. An 11 win season will be tough to repeat, but most of their defensive depth and their best offensive playmaker, Addison, will return. Plus they’ve already brought in Kedon Slovis (QB from USC) and Konata Mumpfield (stud WR from Akron) via the transfer portal to help keep things afloat in 2022.

Believe it or not, there was no Power Five team in the nation that fell further below their expected win total than the Indiana Hoosiers. After going 14-7 over the last two seasons, expectations were high, but the Hoosiers decided to revert to their old losing ways. Michael Penix Jr. got injured (again) after playing his worst football ever. Jack Tuttle, the backup quarterback, threw five interceptions to just two touchdowns in his action. True freshman Donaven McCulley looked promising at times, but it wasn’t enough. The defense gave up an uncharacteristic amount of explosive plays. Better luck next year Indiana. It can’t really get worse.

In retrospect, there was absolutely no reason Washington should have been expected to win 9 games this year. They have consistently been the fourth best recruiting team in the Pac-12 over the last several years. Cade Otton, their tight end, was their best player. They lost some top talent to the NFL last season, without replacing it with elite players. Their cornerback play was probably the one bright spot, but that wasn’t near enough to make up for the complete lack of offense. The Huskies will be just as bad in 2022 unless they get way better at quarterback and actually generate some pass rush on a defense where no player logged more than three sacks.

USC finally fell apart in the way that many expected for a couple years now. Their defense completely gave way to any and every kind of attack, ranking 112th in yards per play allowed. The quarterback situation got muddied up between Kedon Slovis and Jaxson Dart, with both show streaks of inconsistency. Their best offensive weapon, Drake London, went down in the middle of the season. It was rough, but now, with Lincoln Riley at the helm, there have been immediate changes in the recruiting game. Riley is bringing in four top 100 players this year, adding some key transfers, and already has USC’s 2023 class ranked fourth in the nation. The future could be bright for the Trojans.

The Tar Heels should have changed their mascot to the Fighting Sam Howells this season because they had just about nothing else going for them. It turns out losing your entire set of starting offensive playmakers (Javonte Williams, Michael Carter, Dyami Brown, and Dazz Newsome) and 5000 yards from scrimmage tough to replace. Howell fought hard, still somehow posting solid pass efficiency marks and adding over 800 rushing yards. And yes, Josh Downs balled out as the only consistent offensive weapon, snagging over 100 receptions. But now the Tar Heels have to replace their elite quarterback too. Things might get rough unless their young blue chippers can make a big impact, and fast.

Florida somehow went from almost upsetting Alabama in a 31-29 stunner to giving up 42 first half points to an FCS team. That’s 2021 Florida in a nutshell. The Gators actually finished off the season as a top 15 offense in terms of efficiency, but turnovers destroyed them (-8 in turnover margin on the season). Their defense wasn’t bad, either, but the team was clearly done playing for Dan Mullen by season’s end. Billy Napier is already well on his way to turning things around, though. He brought a top notch offensive lineman with him from Louisiana, and he’s already signed five top 300 recruits for this recruiting cycle. It might take a couple years, but Napier is already making moves to get Florida back where they need to be.

Steve Sarkisian would have obviously liked to win more than five games this season, but he has a nice framework in place to fix Texas. The Longhorns failed week after week in the second half of games, with their offense struggling to adjust mid-game. But the biggest problem for Texas probably came from a complete lack of pass rush. 18 sacks on the entire season isn’t going to cut it if they want to beat the best teams. Now, they’re bringing in Quinn Ewers to be their savior QB. They have perhaps the best running back in the nation in Bijan Robinson. Their true freshman receiver Xavier Worthy just posted one of the best first year receiving seasons ever. They just have to get more creative on offense and generate some pass rush. Then they’ll be “back” for sure.