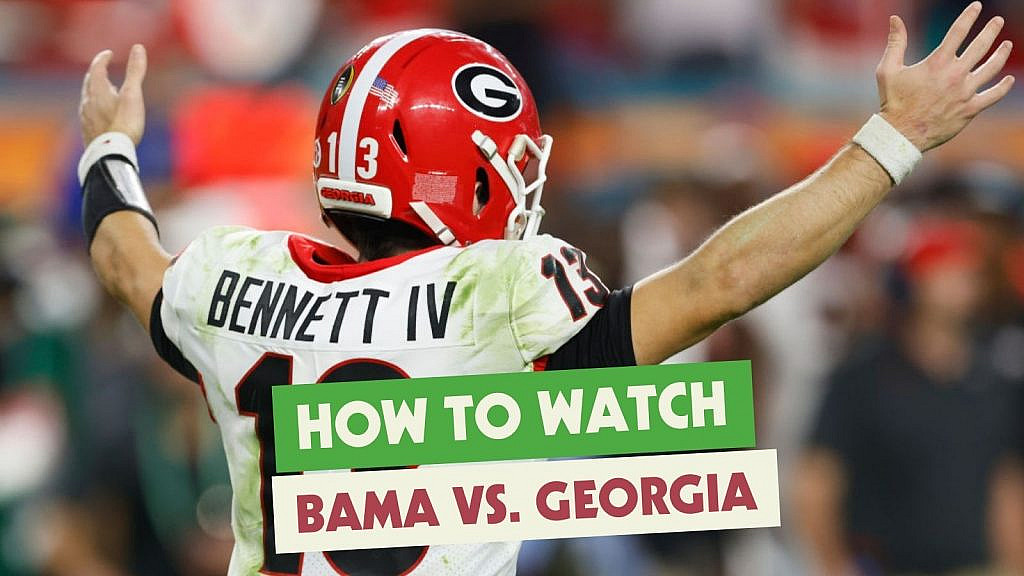 Well folks, we made it. Another season of college football nearly in the books. The only thing left is to determine one true champion.

Alabama bested Cincinnati, impressing on the viewing public that they were just bigger, stronger, and better. The Bearcats tried their best, and good on them for making it to the Playoff. A number of years ago, I said a Group of 5 Playoff berth was an impossibility in the current system. But the lines fell in good places for Cincy this year, and props to them for going down in history.

Then Georgia made Michigan look sucky, but hey, the Wolverines shouldn’t feel down. The Bulldogs have been doing that to everyone all year. Jim Harbaugh proved his mettle this year, and Michigan should feel hopeful for the future. Heck, they beat the Buckeyes! Huge achievement.

So the two SEC teams make it through the semis, which means this championship game just… means… more.

All kidding aside, there’s a lot of people frustrated out there because we’re just getting an SEC Championship rematch to determine the college football title winner. I get that, but until we get Playoff expansion with guaranteed bids for every Power 5 champion and the best Group of 5 team, this is much likelier to happen. The Playoff did what it was supposed to: narrowing down the best team out of the top 4. And I think it’ll be a slam-banger of a game.

I usually break down the week’s schedule during the season, but we’ve only got one game here. So instead, I’ll take a look at the matchups in the game, and let you know what to watch for…

Heisman winner Bryce Young didn’t need to do much against Cincinnati. He racked up three TDs, but also threw a pick and couldn’t sling it for more than 200 yards. He did spread it around well, tossing it to six different receivers. And Georgia did allow more passes than runs against Michigan, but that’s probably because the Wolverines had no choice. Bama threw for 421 against the Dawgs in the SEC title game, so I’d say the Tide has a distinct advantage here. Watch for Nick Saban to again focus on the pass against Georgia.

You may be thinking that Bama has the advantage here. They ran wild against the Bearcats, racking up 301 total yards. But not so fast. Georgia’s run defense is historically stout. And in the SEC Championship tilt, they held Brian Robinson Jr. to just 55 yards. They held Michigan under 100 yards, too. I think they’ll try to make Alabama one-dimensional and take Robinson out of the equation, and they absolutely can.

Listen to our National Championship Preview

Man, Stetson Bennett looked amazing against Michigan, didn’t he? Surprisingly so. He found targets all over the field. Thing is, he racked up similar numbers against Alabama last time. But it didn’t result in a win. He had two costly picks in that game, and I think Bama will replicate that performance this time around, focusing on limiting TE wunderkind Brock Bowers. But this is undoubtedly the matchup to watch.

The Bulldogs spread the ball around on the run against Michigan, confusing their defense to no end. But Zamir White had most of the carries, and I’d expect that again. Bama holds down the run consistently, boasting the third-best rush defense in the country. As the Tide did the last time they met Georgia, I fully expect they’ll try and bottle up the run, and now all of the Bulldogs’ trickeration is on tape.

This is the category where I plop all the intangibles. For the umpteenth time, I’ll reference the SEC Championship game. There, I would’ve given the edge to Alabama for this factor. They needed to win to make it into the Playoff, so they played their socks off. But now, Georgia has something to prove. If they can conquer the Tide, they can finally make it to the mountaintop Kirby Smart’s been striving to reach for years. They’ll be ready to play, hoping they can put Bama on their heels.

That’s my championship breakdown! Come back here next week for something entirely different from me, follow me on Twitter if you want, and as always, happy watching!