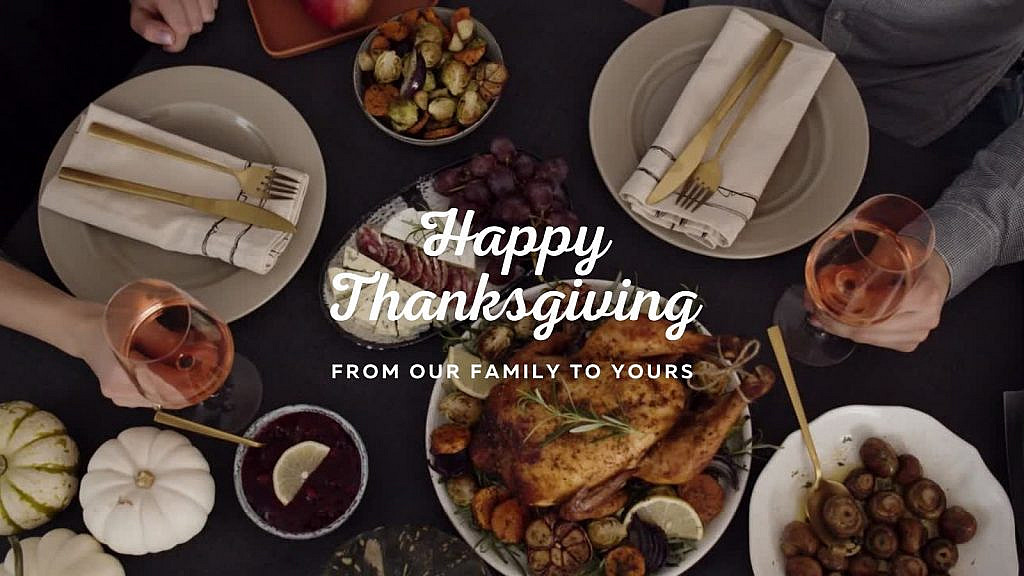 It’s the fourth Thursday of November. A gentle snow coats the shingles of 2021 Playoff Lane, where a hodgepodge of visitors have gathered to celebrate Thanksgiving. Mere minutes remain before the holiday feast when a knock is heard at the door.

Alabama, ever the gracious host, opens it to greet his guests.

“Well, I’ll be,” he remarks. “Baylor, Michigan State, and is that Wake Forest I see? Can’t say I expected to see you guys all the way up here this late in November.”

The three new arrivals all tip their caps and smile warmly before coming in from the cold. They make their way to the dining room, where delicious smells rise from baking dishes like hopes before a letdown. Baylor, Michigan State, and Wake Forest settle down on uneven stools crammed into the corners of a long, ornate table, while Alabama takes his seat at its head. He clanks a spoon against his glass, commanding the party’s full attention.

“Friends. Family. Auburn. I’m so glad you could all make it to celebrate this magnificent season. I know we’re all hungry, but there’s one last thing we have to do before we can dig in. TCU, you’re a man of faith, aren’t you?”

“Yeesh, that bites. Why don’t you say grace for us anyway?”

“Yeah, I guess,” TCU interlocks his fingers and bows his head. “Dear God… why?”

A chorus of amens echoes across the table. It’s time to feast. Alabama removes a large silver dome from the platter before him, revealing a massive, golden-brown turkey beneath. Virginia Tech wistfully gazes at the thoroughly roasted bird carcass with a solemn look of sympathy and understanding.

Right before Alabama lowers a large knife to the fowl, he is interrupted.

Silence suddenly seizes the room. The guests swear they can see the 8-inch piece of razor-sharp metal shaking in Alabama’s hand. They agree Georgia deserves the honors, but would it be all that shocking if Alabama straight-up murdered them right here? Fortunately, the Tide forces a smile and relinquishes the cutlery.

As everyone starts digging in, Iowa State looks down at his empty plate and realizes he didn’t actually bring anything to the table. He disappears from the conversation pretty quickly.

Next to the carving board, Army and Navy each grab hold of one end of the wishbone and pull. There is a decisive snap. Army holds the entire wishbone aloft, perfectly intact. Navy has somehow broken his own wrist. Army wishes for a trip to a bowl game not called the Armed Forces Bowl. Navy wishes it were 2019.

“Remind me why we have to eat turkey every year?” Cincinnati complains. “It’s so dry and boring. We only have it because we feel like it should be good. Isn’t that right, Clemson?”

But Clemson has burned his tongue on a heavily salted, room-temperature dinner roll and cannot respond.

“Cincinnati, just be grateful you’re even here instead of the kids’ table. For now,” Alabama chides, shifting his chair to give Cincinatti a smidge less leg room. “Speaking of which, why don’t we all go around and say what we’re thankful for this season?”

“And I’m thankful I have more money than both of you,” says LSU with a hungry look in his eye.

Indiana nods her head. Kansas raises his glass. Texas screams into a pillow for 13 unbroken seconds.

“Hey, does anyone want a slice of the Big Ten West pie?” Wisconsin inquires aloud, to no response.

Purdue, meanwhile, is busy verbally sparring with another cluster of Midwesterners.

“So I saw you were ranked 84th in offensive efficiency,” he informs Iowa. “Things are looking a little lackluster with old man Ferentz at the helm, aren’t they?”

“Um, last I checked, stats don’t care about your feelings.”

“C’mon, Purdue,” Michigan State butts in. “Can you go one year without spoiling things for everyone else?”

“Uh-oh, did what I said upset you?” Purdue sneers once more. “How about you, Ohio State? Are you upset?”

Ohio State lifts his gaze from the shiny soup spoon in which he was admiring his reflection. “Huh? Oh. Uh, no, not really. Who are you again?”

“Anyways,” Iowa starts. “How are things going with your little one, Nebraska? I can’t believe it’s been four years already.”

A small figure toddles up to the table and reaches for the one of the sweets atop it. Nebraska immediately slaps the young child’s hand away.

“Scotty, what did we talk about?” she scolds. “Contract extensions are for winners.” Scott pouts and saunters off.

“Oh, don’t worry,” Washington chuckles. “Trust me, I know how difficult coaches can be. Mine’s going through the terrible twos, but I’ve learned you just have to be patient and — Hey! No hitting! James Paul Lake, you get over here right now.”

“Guys, I’m serious about the Big Ten West,” Wisconsin calls, still lurking awkwardly by the dessert cart. “I feel like I don’t deserve it, but if no one else wants it…”

Little Scott Frost angrily stomps out of the dining room and into the kitchen, where he notices Uncle Oregon hunched over next to an open window exhaling a puff of pungent smoke.

“Huh?” Oregon quacks in surprise. “Oh, hey kid. Yeah, I know I should quit, but what can you do?” he mumbles, quickly pocketing a small box labeled Mediocre Pac-12 Teams. “Should be able to smoke these guys no problem, but for some reason I always, I always—” he breaks into a coughing fit as he completely chokes.

The rest of the meal carries on with minimal controversy. Cincinnati assumes the noble duty of smiling, nodding, and gently patting Notre Dame’s hand while he tells the story of Joe Montana’s 1979 Cotton Bowl comeback for the third time in an hour.

After the plates are cleared, the smaller schools pile in their station wagons to head home while the blue bloods retire to couches and recliners. They’ve weathered the chaos of the season, and now it’s time to rest. They’ll need all the spirit they can muster come December.

Michigan, sleepy from a long afternoon of gorging himself on soft, mushy opponents, nestles into his favorite chair for a brief, blissful slumber. However, as he begins to doze off, his head is suddenly filled with frightful visions of fumbles in critical moments. He tries to shut them out and fall asleep, but jolts awake with a horrified yell.

Needless to say, he has trouble with the nap.

It’s time to discuss the 800-pound gorilla in the room. Over the past several weeks, the SEC has asserted its dominance as the most competitive, loaded conference out there. In case you’ve been hiding under a rock, Texas and Oklahoma are primed to exit the Big 12 and join the big boys in the SEC. ...