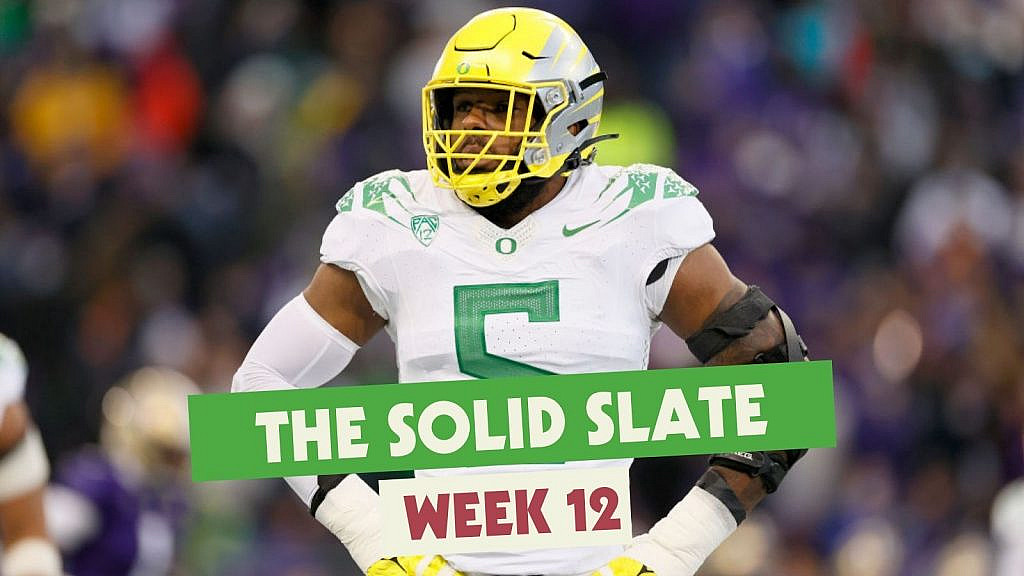 As November winds down, every fan feels some trepidation. An itch in the pit of your gut you can’t solve. A fever you can’t sweat out. (That last sentence was for Dan.)

Rooting for a team that’s excelled? Nerves mount as you hope the squad finishes strong and contends for a title. How about the team that’s . . . in a rebuilding year, shall we say? Well, at that point you just pray for signs of life, few embarrassments, and (maybe) a rich market of potential coaching hires.

But what if your team’s middle-of-the-pack, on the cusp of bowl eligibility? Every snap, every step could make or break them, change how they’re viewed. Millions of eyeballs and dollars hinging on the smallest details. And as a fan, you hang between heartbreak and jubilation.

I know that feeling. Makes me want to retreat to my happy place – the one with the trailside bench, crisp fall leaves, and good company. But rather than worrying, might I suggest another approach?

Cheer on your team, sure. You heard me on last week’s Reverbs doing just that. But college football has so much more entertainment and glory in store than what you see watching your team. And time is running short.

So let me introduce you to the best games on this week’s TV schedule. I’ll break them down based on what you should put on your big screen TV, your smaller screen (whatever’s handy), and your scoreboard app of choice.

The nighttime is where it’s at. Unless you desperately care about the Pac-12, the entirety of the evening is skippable. A prime opportunity for date night at that local Greek joint with the awesome baba ganoush. Or maybe movie night out (I recommend Dune) or in (I recommend Red Notice)! Or do all three! Go crazy!

Michigan State @ Ohio State (12p/11a, ABC) leads us off with a bang. CJ Stroud is likely salivating. Sparty has the 130th ranked pass defense in the nation, and the Buckeyes rack up 550 yeards a game, mostly through the air. But here’s the thing: Ohio State has trouble swatting down passes too. And a victory here would just about complete a fairytale run to the Big Ten title game for Payton Thorne and MSU in a season where no one expected success, much less domination. Expect points.

Iowa State @ Oklahoma (12p/11a, FOX) matches up a newly defeated Sooners squad with a Clones team that hasn’t lived up to their preseason billing. Fresh off a stinging loss in Waco, Salty Lincoln Riley no doubt wants his team to punch someone in the mouth. They’ll try to oblige him. OU will need to find stability at QB to have a shot here, because ISU has the better defense on every front. Brocktober is behind us, but maybe Purdy can pull some magic out of the hat and spoil OU’s Big 12 title hopes.

Arkansas @ Alabama (3:30p/2:30p, CBS) heads up a packed slate of games in this timeslot. Sam Pittman’s Hawgs have played better than expected this year, bolstered by a stalwart rushing attack and pass defense. They can sap an Alabama team that’s relied heavily on the arm of Bryce Young if they can find some way to hold onto the ball. But if the Tide, boasting the 3rd ranked running defense in the country, can impose their will? Well, there’s always next year, because I bet Pittman will be in Fayetteville for a while.

SMU @ Cincinnati (3:30p/2:30p, ESPN) would be a better watch if the Mustangs had just beaten Houston and Memphis earlier on. But make no mistake, they’re still a formidable foe for the Bearcats. Tanner Mordecai has the passing game humming. But Cincy really defends the pass well. And SMU *checks notes* does not! The Bearcats need style points here too, so my guess is they’ll pull out every stop to beat the ‘Stangs.

Oregon @ Utah (7:30p/6:30p, ABC) is about the only thing going on this evening, but it should be worth your time. On paper, we have two really similar offenses premised on prolific running and situational passing. The discrepancy comes when you glance at the defenses. The Ducks defend the pass well, but not the run. The Utes? Vice versa. This matchup probably favors the team that adjusts best at halftime.

Oklahoma State @ Texas Tech (8p/7p, FOX) is secretly decent. Hear me out. Yes, Tech’s lost four games, but that’s mostly due to bad defense. In three out of the four, the opposition put up 52 or more points. And the fourth was a nailbiter of a defeat against Kansas State. Tech consistently succeeds on offense, and outclasses the Cowboys by quite a bit when passing. But (and I’m sensing a theme this week) the Cowboys have a really really good defense. Like, best-in-the-conference good. I’m hoping for big moments and a drawn-out strategic game, like a chess match with exploding pieces.

Arizona State @ Oregon State (10:30p/9:30p, ESPN) is a game I won’t really try to sell, because the allure of #Pac12AfterDark sells itself. Both teams have similar offenses – again that combo of lackluster passing and thundering running rears its head. ASU’s done a touch better on defense, and the Beavers might be caught looking ahead to Rivalry Week against the Ducks.

Sneaky Stats for Week 9 of the 2021 College Football Season

Welcome to back to the Sneaky Stats series! Week 8 brought us a new record for overtimes in a single game, two more top ten losses, behemoth programs struggling to beat their cupcakes, and more! Let’s take a brief look back, and then a look ahead at Week 9 and beyond! Week 8 – Unless ...

Hi, folks! This week we take a look at the Big 12, a storied conference with tons of tradition and blossoming offensive talent. So let’s look at — *everything’s on fire* Oh. Well. I’m sure that’s nothing, we can — *oh no, here come bloodthirsty panthers devouring everything that’s left* Ah. Got it. Texas and ...