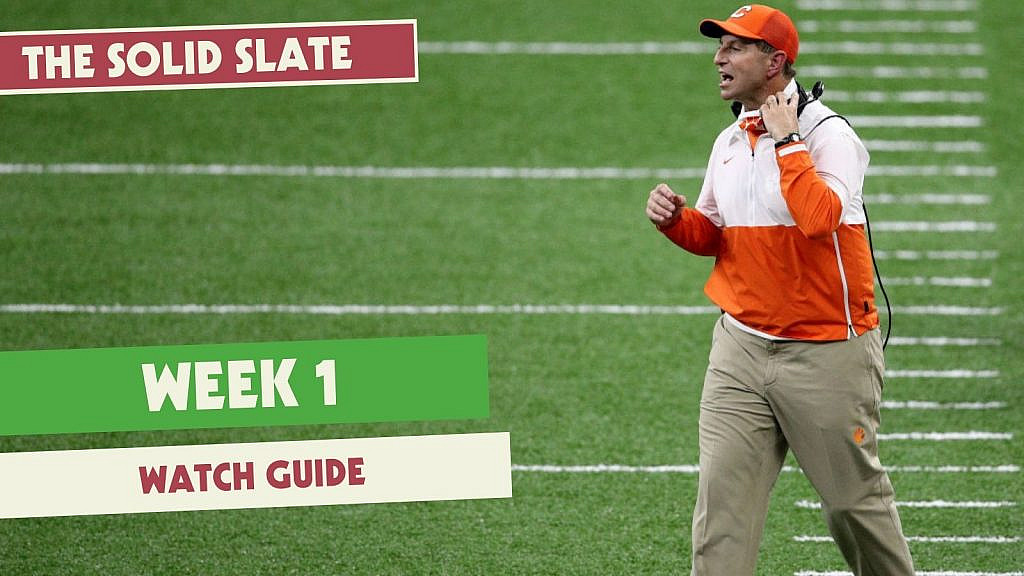 Ever since I can remember, I’ve been watching college football.

I mostly followed the Big 12, but I caught a few other games. I still remember excitedly taking in the much-hyped 2006 Ohio State-Michigan tilt, my mouth hanging agape as Vince Young led Texas to victory in the national championship against USC, and following Florida’s utter dominance under Urban Meyer. (I will always have a soft spot for Tim Tebow.  Sorry not sorry.)

My excitement over college football only grew deeper every year.  Saturdays became holy days of sorts.  I’d wake up to the strains of that one dubstep song from College GameDay, cook some eggs, brew some coffee, and park myself in front of as many screens as I could cobble together until bedtime.

Some may call it obsession.  I called it love.  Maybe you can relate.

But I soon realized I had a problem.  No matter how many screens I had, there were upwards of forty games I could watch any given Saturday.  There was no way I could keep up with everything important, everything worthwhile, every 4th-and-goal or last-second field goal or shootout.

So I started making a schedule every week of the games I’d watch, based on which games looked the most interesting, the most entertaining – and the most goshdarn fun. Eventually, I thought to myself: “Hey, self, other college football fans probably have the same problem you do.” And now, I’m absolutely ecstatic to offer Verballers everywhere my recommendations and picks throughout this season.

Every week, I’ll let you know which game you should center your attention on (Big Screen), which game you should check in on every now and then (Small Screen), and which games you should track on your scoreboard app of choice (Watch the Score). In the true spirt of The Solid Verbal, I’ll also all out your Window of Opportunity, that convenient sliver of time every Saturday when you can go out and do non-football-watching activities. Sometimes life just gets in the way.

Two rules up front. First off, if your team is playing, ignore my recommendations and put them on your Big Screen. And second, the times below are EST/CST.  Let’s get going!

Boise State vs. UCF (7p/6p, ESPN) Welcome to the jungle, folks. First up we have a matchup between two Group of 5 heavyweights with new coaches. Boise State figures to play with more tempo in 2021, and Gus Malzahn inherits a loaded cast of characters at UCF.

Ohio State vs. Minnesota (8p/7p, FOX) There’s a little bit of rain in the forecast as the Buckeyes, the Big Ten’s presumptive favorite, travel north. commanded by untested CJ Stroud, travels north. Sources do say that Stroud can really “spin it,” though. Might have a liiiiiiiiiittle bit of Baker Mayfield in him. (I’ll stop now.)

North Carolina vs. Virginia Tech (6p/5p, ESPN) Not a day goes by this weekend without something interesting. Here we have an early ACC power tilt. Mack Brown has a sizable roadblock to challenging Clemson in Week freaking 1. As discussed on the Week 1 preview podcast, this is a tricky spot. Can UNC overcome the Hokies?

This week, Saturday morning is your best bet to do non-college football stuff. There’s one really good game, and the schedule gets really packed going forward. This is your time to knock out some yard work, go out to lunch with the fam, prep your gameday snacks, whatever. Go wild.

Penn State vs. Wisconsin (12p/11a, FOX) leads off this blockbuster Saturday. I previewed this one a few weeks ago. Graham Mertz’s Badger offense has a few question marks. They need to produce big plays, but that will be tricky against a solid Nittany Lion defense. Meanwhile, Penn State’s Sean Clifford is looking to find another gear under new coordinator Mike Yurcich.

Fresno State vs. Oregon (2p/1p, P12N) will be really fun, I think.  Oregon has a new starting quarterback in Boston College transfer Anthony Brown, the usual explosive receiving talent, and a stacked backfield.  But Fresno State, fresh off an easy tune-up against UConn, brings a good offense to Autzen. The Ducks could stumble. Watch out.

Louisiana vs. Texas (4:30p/3:30p, FOX). Don’t laugh, the Ragin’ Cajuns looked amazing last year, and QB Levi Lewis is back for his fifth year to command an efficient, explosive, pass-heavy offense.  The defense has questions in back, but should provide formidable beef to counter Texas’s superstar running back Bijan Robinson up front. Texas’s greenhorn freshman quarterback, Hudson Card, may have his hands full.

Indiana vs. Iowa (3:30p/2:30p, BTN) is a secretly decent game on this week’s schedule, mostly because the Hawkeyes usually start slow. They may not be a match for a hungry Hoosier squad, headed by returning pigskin slinger Michael Penix and a reliable defense. Indy’s making a run at the title this year, and they can start strong here.

Georgia vs. Clemson (7:30p/6:30p, ABC) Do I need to preview this game? (I already did, BTW.) It may be a Playoff preview. Heisman contender DJ Uiagalelei will need to figure out who besides standout Justyn Ross can haul in his passes. Thankfully, the Tiger defense is a brick wall. But, the Bulldogs are also loaded on both sides of the ball. JT Daniels (also a Heisman contender) leads this team into battle. The winner of this game gets a huge momentum boost heading into the 2021 season.

LSU vs. UCLA (8:30p/7:30p, FOX) is beyond intriguing. As I said a few weeks back, no one knows what’ll happen here. I mean, we do have a better idea of UCLA’s capabilities after they demolished Hawaii last week. Dorian Thompson-Robinson, Zach Charbonnet, and a hefty line? The Bruins offense will prove a great test for the Tigahs’ defense. Max Johnson needs to lead LSU’s offense to a better result than last year, or any hopes of a run in the SEC will be dashed.

Nevada vs. Cal (10:30p/9:30p, FS1)is the first of two #Pac12AfterDark bangers.  LET’S GET WEIRD. This game features an explosive offense and a solid defense. Nevada is led by junior quarterback Carson Strong, last year’s conference player of the year. He’s dishing it out to a speedy receiving corps, protected by a well-schooled line. Cal can’t rely solely on its defense and will need to find more of an offensive spark.

BYU vs. Arizona (10:30p/9:30p, ESPN) rounds out this jam-packed Saturday. No, the Wildcats probably won’t be good. Jedd Fisch has to rip this thing down to the studs and start over. To make matters worse, they’re going with the two quarterback approach to start the season, which means we’ll see both Gunner Cruz and Will Plummer. This is good news for BYU, a team that will be dealing with its own issues after Zach Wilson left for the NFL and Jeff Grimes left to run the offense at Baylor.

Notre Dame vs. Florida State (7:30p/6:30p, ABC) matches the Irish up against a rising Seminole squad. This is our first chance to see McKenzie Milton back in action after having his leg rebuilt from a horrific injury. The Noles will be fired up for a primetime game against an Irish squad that is turning the keys over to Wisconsin transfer Jack Coan. Despite a fair amount of roster turnover, Notre Dame is still a preseason top ten team.

Louisville vs. Ole Miss (8p/7p, ESPN) finishes out the long weekend. Working on Labor Day! You have to respect the hustle. The Rebs and the Cards both have high hopes for this season, and boast interesting offenses. Expect a high-level offensive clash between these two contenders. Defense? Hey, nobody’s perfect.

There we go! Follow me at @WatchingFB on Twitter for live tweets on Saturday, news all week, and flaming hot takes. Until next week, happy watching!

I noticed today that the sun went down sooner. Almost every year, despite the pumpkins on every porch and the blow-up ghosts on every lawn, I forget fall is rounding into winter. That’s mostly because where I live, the weather decides to skip fall for the most part, snap-freezing into winter with alacrity. The climate ...

For over 25 years, the Big XII Automotive Group has served the southwestern United States with quality vehicles at affordable rates. From Oklahoma’s unparalleled horsepower to the premium luxury of our Texas classics, there’s something for everyone on our lot. Don’t believe us? Check out some of these reviews from our real customers… Related: The ...