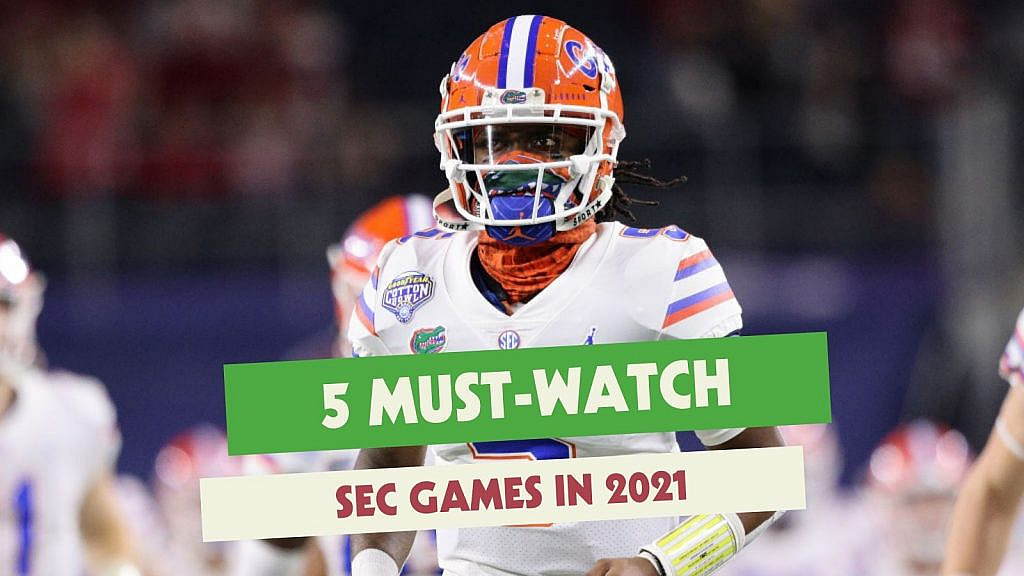 It’s time to discuss the 800-pound gorilla in the room.

Over the past several weeks, the SEC has asserted its dominance as the most competitive, loaded conference out there. In case you’ve been hiding under a rock, Texas and Oklahoma are primed to exit the Big 12 and join the big boys in the SEC. Our own Bradley Hohulin put together a set of guidelines for any other schools who might be interested as well.

On the one hand, I’m happy to see another opportunity for Oklahoma to compete with top-tier teams rather than winning every Big 12 football title. And for Texas to go 6-6 for the next decade. *boos rain down* I ONLY SPEAK TRUTH IN THIS ARTICLE.

The more things change, the more they stay the same. It’s still a race to overtake the Tide, the Death Star of college football that reloads every year with stellar five-stars at every position. The haters will say this makes the SEC boring. After all, what’s to watch if you know the winner ahead of time?

There’s quite a bit of intrigue and interest to be seen. Below I’ll preview the five games you CANNOT miss this year in the SEC.

This early-season matchup is a tester for the usually dominant Tide. That’s not to say Bama has many notable flaws. They’ve reloaded, with Bill O’Brien calling plays for an offense helmed by Bryce Young, a wunderkind who should have no trouble distributing the ball. While the defense is new at notable positions, Bama usually reloads, and this year should be no exception. Florida is dangerous, though. The Gators bring in Emory Jones to replace Calm Throw Kyle Trask, and they have a formidable complement of offensive weapons led by running backs Dameon Pierce and Malik Davis, as well as Jacob Copeland and Justin Shorter out wide. The offensive line must improve to stave off the Tide, and the defense is a worry. The returning starters need to elevate their brothers to craft a competitive unit. The coverage unit especially needs to gel. The Gators could trip up the Tide with some luck.

Here’s the big SEC West matchup for the year. As I just said, the Tide are formidable. But Aggie is rounding into form after a solid 2020 campaign. The sizable question mark? Quarterback. It’s Zach Calzada and Haynes King fighting for the starting spot. The offense has weapons with the likes of Isaiah Spiller and Ainias Smith, but it’s comforting for a new quarterback to have a safety valve like Jalen Wydermyer at tight end. The defense is returning a ton of starters, with a beefy defensive line set to pressure quarterbacks across the division. The Aggies can provide a Rubik’s Cube of intricacy that may give Alabama pause.

Hey look! It’s the Aggies again, a week after Alabama. Bodyblow Theory gets put to the test this week, as Eli Drinkwitz will have the Tigers primed as a darkhorse SEC East challenger. Quarterback Connor Bazelak returns with a good group of wideouts and an experienced line in front of him. Steve Wilks joins the Missouri staff in 2021 to coordinate the defense, which must improve for the Tigers to take another step forward. Mizzou’s done a great job in the transfer portal, hauling in two dangerous CBs in Akayleb Evans and Allie Green IV. And that’s not even mentioning cover man Ennis Rakestraw, set for a breakout year. They might give [insert A&M QB here] trouble if this stays close.

The World’s Largest Outdoor Cocktail Party will live up to its name this year. This is likely for the SEC East title, and both teams are loaded for bear. Georgia, as mentioned in a previous preview, returns JT Daniels to quarterback an offense with virtually no flaws. The defense has some raised eyebrows in the coverage unit, and that’s where Emory Jones of the Gators can take advantage. I expect an uncharacteristically salty shootout between these heavyweights, clangin’ and bangin’ in a brilliant classic. Do not miss this game.

Yes, yes, I KNOW. It’s the Aggies again. I couldn’t resist this juicy late season rivalry because there’s a ton of intrigue with these squads. I’m admittedly out on a limb here, because LSU was not great last year. But there’s reason to believe they’ll rebound and make this a game to remember. The quarterback battle on the bayou was all but settled after Myles Brennan broke his arm, meaning we’ll get another look at Max Johnson. Of course, it always helps to have a talent like Kayshon Boutte at wide receiver. The defense, meanwhile, is extremely talented and returns lots of experience across the unit. They’ve added Clemson LB Mike Jones to bolster an already terrifying group. If the Tigahs can ride their talent into the late season, they’ll prove a tough challenge for the Aggies.

And that’s it! Next week is the self-destructing Big 12! Follow me at @WatchingFB for more hot takes and news, and I’ll see you soon!

Sneaky Stats for Week 1 of the 2022 College Football Season

Welcome to the Week 1 edition of the 2022 Sneaky Stats series! If you joined us last week for Week 0 or at all last year, you already know the drill. The Sneaky Stats series is your one-stop shop for all the most intriguing, predictive, goofy, and perhaps “sneaky” stats that define the biggest matchups ...

One week after drinking from the sweet chalice of undefeatedness, the Gods reminded me of my own mortality. I picked Clemson to cover a 7-point spread in a game against Wake Forest, but after the game went to overtime, I found myself rooting openly for the Deacs. If the Tigers weren't going to cover against a team with no defense, I wanted them to lose outright. I backed Oregon and very nearly won on the most miraculous of front door covers, only to be reminded that nothing is a given until the clock hits 0:00.