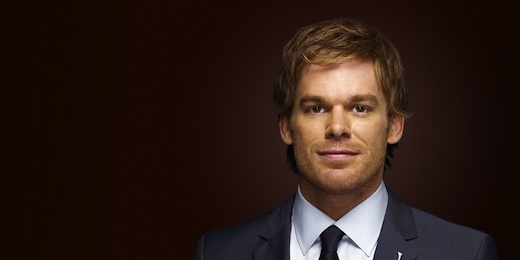 My fear of a Solid Verbal trip to Miami is this:

Norte Dame wins the NCG, Chip Kelly leaves Oregon & Ty mentions that now that Kelly is gone maybe Oregon can install a new, non-gimmick offense and have a shot at the title game next year. Dan then freaks, goes Dexter Morgan on Ty resulting in end of the show.

Notre Dame loses the NCG, Dan points to Alabama vs Texas A & M result and suggests that Notre Dame should have installed a gimmick offense against the Tide. Ty goes Dexter Morgan on Dan resulting in end of the Solid Verbal.

In short, I want you both to survive, that’s all. Stay solid, maintain the peace!

P.S. For some colorful Miami history, check out Cocaine Cowboys on Netflix before the trip

First of all, thanks for the note, though all I know about Dexter Morgan is he’s the funeral director from Six Feet Under who apparently is now a serial killer who kills other serial killers. Or something. I don’t know, there are too many shows.

Second, when I inevitably freak out and leave the show, it will only be partially due to Oregon trying to run a boring offense. The majority of the reason will be because:

A) Somebody will pay me too much money to do a similar show elsewhere (What? We’ve told you since day one our goal was to sell out) or

B) A female will convince me to move out of the country. Presumably, she will be wealthy (I never told you how exactly I’d be willing to sell out)

As for your actual football points, you joke, but a huge fear of mine when Chip Kelly rounded third with the Bucs this past winter was not just that he was leaving, but that if they hired a new coach instead of hiring from within, it’d be the end of his breed of spread offense at Oregon . Now that I’m resigned to the fact that Chip Kelly has probably only one more game in him as the Ducks’ head coach, my pick would be for (OC) Mark Helfrich to assume the head coach’s role for continuity’s sake.

Also, as it relates to offensive style of play and Ty’s notoriously terrified ND fandom aside, I would argue that Oregon fans had a lot more fun watching the Ducks this year (two-ish Saturday quarters at a time) than ND fans had watching the Irish. You may be more satisfied today, but the totality of the experience has been better on my side.

I know this doesn’t technically answer your question, but it’s where my brain went when thinking about it.

Finally, Ty and I will be just fine. Ty on the Road is Ty at his best and I can’t wait to make him eat weird things in Miami. I can’t tell you guys how fun the CFB media pickup beach volleyball game will be.

PS: I’ve seen Cocaine Cowboys and loved every second of it. Don’t think we won’t try to do something similar when we’re down there to fund the 2014 NCG trip.